Barbuda would benefit from something that would attract people to stay longer. Like a bowling alley or roller skating rink. That would be good for young people. Antiguans would come over to the Island for that. This is what happened when we had the horse racing here. And the fishermen could be used to their full potential and export fish to other islands, and sell in a market place like they have in Antigua." 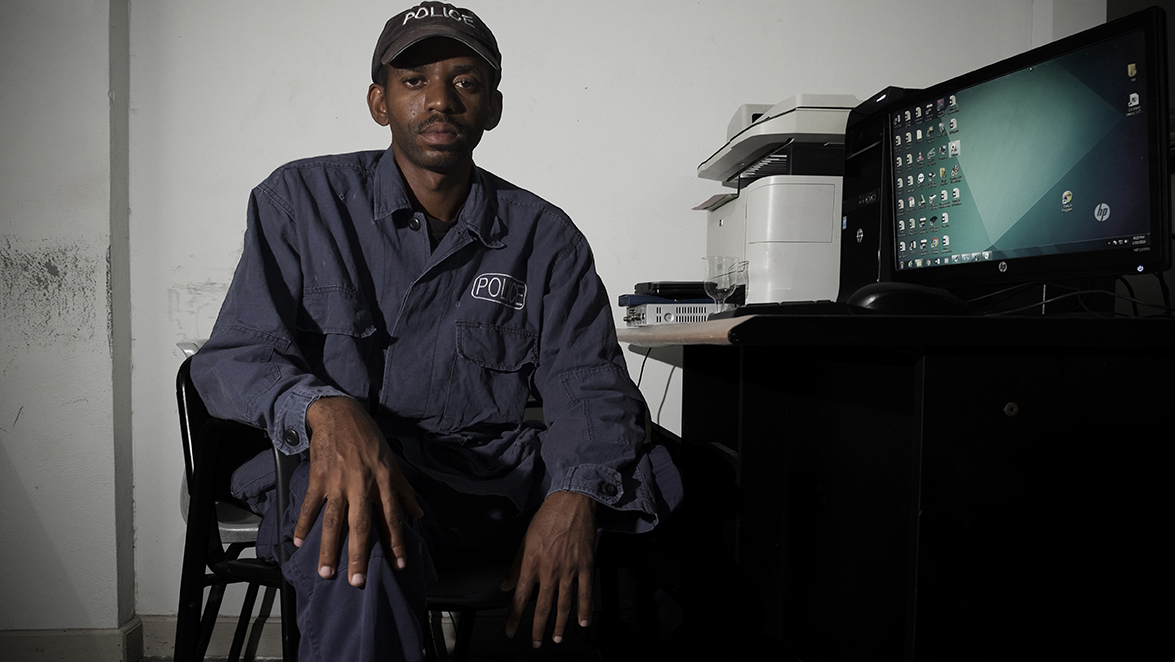 The temporary Police Station was housed in the island’s museum, with limited space compared with the former police headquarters. Stefan was from Antigua originally. He spoke about the atmosphere around the sports on Barbuda, namely horse racing and basketball, which attracted visitors from other islands and further brought the community together. It was apparent that Irma had not only affected houses and businesses, but had hugely impacted the wider community and how they now interacted.