After Irma the Antiguan government been calling us all sorts of names, like inhabitants, squatters, inbreeders…You know, we ain’t against development. I know development is important, but it needs to happen with the people and for the people. Not some fast quick fix with big hotels - it takes time. It can't happen faster than the people can accommodate." 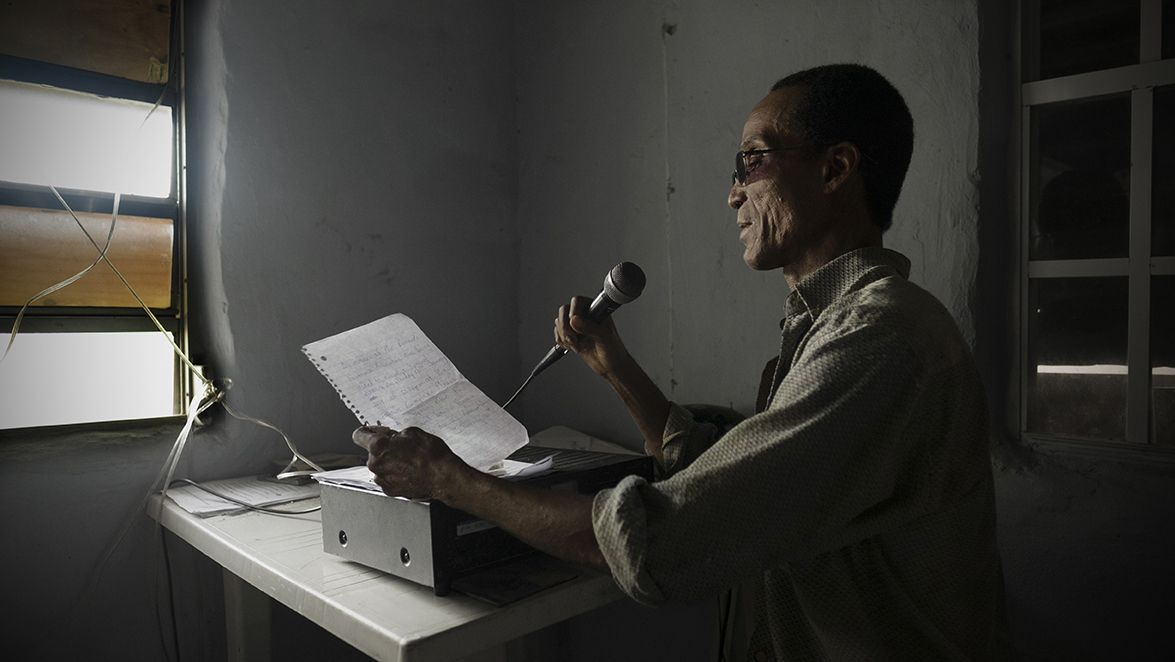 Jicky had set up a radio station in his home which used a CD player and microphone and broadcast via speakers outside his house. As the general hustle and bustle of the early morning construction workers subsided Jicky’s voice took over and could be heard where ever the wind took it. He championed the Barbudan way of life. He is seen here reading out a notice about a meeting for the fishermen of Barbuda. A soca artist himself he showed us dances and played his music to us, recounting the time he had played in Leicester, UK.